Facebook isn’t just here to make it easier to let your friends know what you are currently eating for lunch, and to find old high school crushes. Facebook is actually starting to build another true business model – an advertising platform for its users. Its called ‘Facebook Ads‘ – its still relatively new, but its already pretty great, and on many occasions, its a better alternative to using Google Adwords(and most other paid search tools).

So. Let me explain to you 5 ways that Facebook Ads is actually more effective than Google Adwords…. you may learn a thing or two!

1: Way better for targeted demographics/keywords
Yes, Google Adwords and others can do this, but what’s great about Facebook 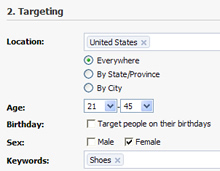 advertising is that you can target keywords or demographics much better. This is because users have to be logged in to see Facebook ads, so you can be sure that your ads are only shown to only the people with profiles that contain your targeted keywords or demographics. For example, say you want to bid on the keyword ‘shoes’ to females between 21-45 – this will ensure that only women aged between 21-45 that mention the keyword ‘shoes’ in their profile will see your ad.

Google Adwords doesn’t know as much about the user searching (apart from their limited cookies and previous searches) and therefore can’t target as accurately.   As a result of this better targeting options and results from my tests, Facebook advertising  often has higher click through rates and conversions than Google Adwords.

2: Usually MUCH cheaper – much better for small businesses
This is one of my main issues with Google Adwords – its just got way too expensive to even bid on medium popularity keywords, especially words relating to things that can be bought online. On Facebook Ads, some initial keyword comparisons reveal you can get very decent results at about one quarter of the cost per click on Google Adwords. Take my classic rock community – bidding on the keyword ‘Led Zeppelin’ costs a minimum $1 on Google Adwords (let alone good amount of clicks), but I can get good clicks for just 25 cents on Facebook advertising. Much more cost effective – and in particular way better for small businesses trying to gain a presence online without a big budget.

3: You can take advantage of using images/photos in ads
This is VERY powerful feature of Facebook Ads. As they say, an image is worth a thousand words – and the

ability to show images in ads in Facebook is a huge advantage over Google Adwords. The only way you can do this in Google Adwords is by creating your own image banners (which we all know often don’t convert too well). In Facebook advertising though, its very easy to upload a small image that helps convey the text of your message, and helps draw your target user’s eye to your ad for more clicks. Its also particularly great for showing images of products or brands. Great job with this advertising feature Facebook… take note Google, Yahoo and Microsoft!

4: Way less restrictions when setting up ads
Not only can you benefit from inserting images in your ads as mentioned above, but you also have more space for your ad descriptions (135 characters versus just 75 at Google Adwords) thus allowing more marketing creativity. Facebook ads also don’t mind the use of exclamation points in ads (which can be used to great effect), and they don’t restrict using nearly as many different words that Google Adwords do in terms of possible copyright issues. Much less frustrating when setting up an ad campaign on Facebook!

5: Works particularly well for dating and community sites
If you stop and think about the type of user that is on Facebook – people who like to be a part of a community, it means its particularly effect to advertise community or dating websites to users on Facebook. Users are going to be far more in tune and receptive to what you are offering, because they are already engaging in a community site. This is why you see so many adverts for dating and community sites on Facebook – because its the perfect target market and its likely getting them great results. Another example is that I advertise my ClassicRockersNetwork.com community on Facebook and it is getting amazing conversions as a result of this factor – people are more likely to want to join another community because they are already using one – Facebook.

However… Facebook advertising does still have some teething troubles though, for example, their is no conversion tracking options (Google Adwords is great for this), and their is no ability to show ads at particular times of the day only. Its also not good for business-to-business advertising (because of the type of users typically on Facebook).

But seriously. If you are using Google Adwords, or any other paid search platform, immediately go experiment with Facebook advertising. You will probably be pleasantly surprised with the results. I know I certainly was! Get high-impact CRO results from an expert, not an agency.

How I can help 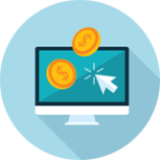 Get A Free CRO Teardown

Improve any page on your website with a CRO teardown Hi. I'm Rich Page and I can quickly increase your website conversion rate and sales. I've been doing this for 100s of websites over the last 15 years.